Alex opts for Psychotherapy – Alex is YOU 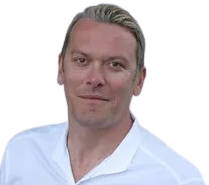 Strong statement? Find some challenges that may prevent you from shining as a person

Alex has long gathering courage before booking an introductory meeting. He was unhappy with his life, often feeling tense, irritable, difficult to concentrate, and was constantly abnormally tired. When this began to reflect in his work, he knew it was time to seek professional help. Feelings that he needed a radical change were pure, but he didn’t know where and how to begin. To do that, he first had to overcome many doubts, prejudiced and fears.

Doubts and fears about Psychotherapy

The first doubt was whether to choose a male or female therapist. The shame of imagining himself being emotional in front of another man while talking about the deepest thoughts, feelings, longings, and fantasies was great. Memories, how as a child, he would cry in front of his father, he would dismiss him by saying, “Big boys don’t cry.” were deeply carved in his mind. Alex didn’t even remember the last time he’d shed a tear.

Would it be easier to open up to a woman? The word “opened” made his body cold. An image of an open corpse appeared before his eyes and surgeon with a precariously arched arm removing internal organs. He then thought of his mother. She was easier to talk to than her father. Unlike her father, she was at least interested in him with her distinctively intrusive way, although it was because of her intrusiveness that he closed himself like a shell for her.

“Women are inherently softer and more emotional than men. But what if I get too attached or fall in love with my therapist? That could be pretty awkward”: Alex thought.

However, given that failed relations with women were probably the main source of his problems, it is the smartest to choose a female therapist. Alex hardly asked for help. He always relied solely on himself and on his mind. He was a natural-educated, extremely rational gentleman. He believed only in what could be measured and scientifically proven. And now an unknown therapist will enter his mind and soul.

How much does therapy cost

“Goddess…’ I’m supposed to attend four times a month, which means $720.00 per month, the fee that is not insignificant”:

Alex thought while examining the prices of several other therapists and found that they ranged between $150.00 and $220.00 per hour. It looks like fair business, but of course, it depends on their qualities and ways of work.

“I am wondering how many clients does one therapist have? The last thing I want is to be just one of many, just a number.”

He continues on wondering:

“And what about am I going to talk? She will certainly ask me about my childhood, something like they do in movies. Why should these old stories be reheated? Parents certainly had a significant impact on our future life, but I don’t know why this should be pulled from the forgotten past, now when I am in middle age.”

For Alex, emotions were slippery territory, on which he could quickly slip and fall into a black hole.

Moreover, as at the Physiotherapy, he is going to talk with a person who will be genuinely interested and ready to listen to what he has to say. Questions like “how are you?” are not going to be just a rhetorical phrase with a prescriptive answer. This thought made him happy and scared at the same time. Alex starts wondering when someone was interested in how he felt. His father was always distant and strict, and mother seamed she was more listening to herself.

Feelings that he needed a radical change were pure, but he didn’t know where and how to begin.

Did his parents ever really see him? With friends, he mostly talked about women, science, politics, sports and he didn’t have a partner at the moment, in fact, Alex found it very difficult to keep in touch. It may be easier to talk to a stranger. After all, she is trained, and everything discussed is confidential, in safe space and without consequences.

“Well, if I do not have a colourful sex life, at least it is in my dream” and then start wondering: “If she asks about my dreams, I can tell her only as much as I want. But can therapy be effective then? I can’t get any assurance that the therapy will work. What if I feel even worse?”

First day at the therapy

Eventually, Alex has chosen a Psychotherapist. When a week later, he walked into the building where the therapist had an office, his heart started running faster, and his hands were sweaty. He was looking around to see an acquaintance, having made up reasons why he is here. They were all none related to therapy.

“Why should I be affected by other people judgments, as this is not a weakness, but rather a sign of awareness and concern for my sanity”, he was cheering. “many aware people have their Psychotherapist.”

When Alex entered the room, the therapist kindly but firmly offered her hand in greeting.

To summarise, I would like to join Alex’s thought. I’ve invented him and his internal monologue with intent to show you the doubts, assumptions, and fears that people struggle with before deciding on Psychotherapy. I used only a few common ones, and hopefully, you already understand how hard it is to make a first step for changing old habits. Rest assured, you have nothing to lose, but only gain visiting Psychotherapy. As long as issues remain unconscious, they control you and your life. Only when you become aware of them, you begin to control them.

Or as Raymond Lloyd Richmond, Ph.D., would say:

“As long as people are afraid of the dark truth of their psyche, they cannot feel the joy of true light either. The light of good Psychotherapy illuminates the darkness and shows us what is hidden in it. And therein lies the tragic irony: Because we are afraid of darkness, we fear the love itself. “