ARE YOU LIVING WITH A NARCISSIST 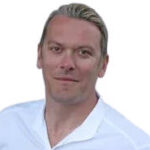 How to recognize the narcissistic behavior, why it develops, how to free yourself from poisonous relationships and where to find professional literature about its danger to personal freedom

Alex and Jane met on the dance floor. When they saw each other, the invisible force pulled them together with the power of the magnet. Alex was a great dancer, and Jane could just let go; she did not have to think of anything. That night he invited her to his house. It was impossible to resist his decisive charm. Embracing, they felt like one body. Both of them believe that they “came home”.

What are narcissistic signs

Alex was the owner of a smaller company, and Jane was an accountant. They both were in their early thirties and had some ruined relationships behind them. They wanted to create a family. Jane moved to his home after a month and rented out her apartment. There was no debate about it at all. Alex was determined that she will live with him. His inability to compromise was the first red flag, but Jane being in love deliberately ignored it. By nature, she was an adaptable person; she always thought of others but forgot about herself. She was attracted to strong, charismatic people who she hung onto like ivy on a tree.

Although she was an independent and intelligent woman, she was also brittle, helpless, almost like a child. Alex, who saw himself to be an all-powerful savior, was madly attracted to that. He spoke to her:

“My poor, little girl. I’ll always take care of you.”

Although the grown-up woman within her rebelled against these words, Jane suppressed this rebellion. She deeply believed that she could only be truly loved if she appeared fragile.

This feeling stayed with her from childhood, because she received attention from her father only if she was a “poor little girl”, and he was her hero who admired her. Thus, she learned very early that she must suppress a large part of herself to be loved and accepted. Instead of the father’s unconditional love, she got only conditional. There was nothing different from her Mum either. She was constantly complaining to Jane, how she sacrificed herself for family, and how she must look after everything by herself. Jane helped her and comforted her, but she nevertheless felt like she was responsible for this. As a child, Jane took care of the emotional needs of her parents, instead them taking care of her own.

She had this in common with Alex. Only that Alex’s wounds were even deeper. Unlike Jane, he could not meet the ideals of his narcissistic father, a successful surgeon, and his desire for his son to become an extension of himself, so he did not get even that piece of conditional love that Jane got. His mother, however, was too busy with her problems to acknowledge him. To survive, he built an image of himself as a savior, and Jane, a grandiose person. He convinced himself that he does not need anybody. While Jane had forgotten herself and turned completely to others, Alex had forgotten about others and turned completely inward. Precisely because of this diametric contrast, they have magnetically attracted.

In addition to her work, Jane was looking after their household. He never noticed her work as it was self-evident. One time he cleaned the bathroom. Of course, Jane noticed this and praised him…but that was not enough for him. For a whole week, he mentioned his achievement. Another time when Jane wanted to surprised him with a romantic dinner, his reaction was:

He did not even mention the aesthetic guise and the excellent dishes with which she tried so hard. Then she broke into a cry:

“You never see my work. I am trying so hard for you, but you’re just criticising me.”

He told her that she was exaggerating, that she was too sensitive and that he didn’t mean anything bad. She calmed down a bit.

He would continue complaining about everything, her way of thinking, dressing, the music she listened to, her cellulite. Although she made a lot of effort to be in line with his criteria, she never succeeded. Despite all of her desires shrinking to a minimum, he complained that she was too demanding. He was very jealous of her friends. Every time she wanted to meet one, he made a scene. Most of the time, only he has spoken, she hardly ever got a word in. Even then, he did not listen.

How a narcissist manipulates

Through time he gradually flourished, and she withdrew. He had all the attention, whilst she felt invisible and unloved, although he constantly told her that he loved her, could not live without her and that he would do everything for a successful relationship. Their quarrels were became more frequent. Then they made up with passionate intercourse, and the feeling of affection, love and ecstasy from the beginning of the relationship was shining again. That’s why it was so difficult for Jane to leave the relationship in which she was deeply unhappy. Even when she did leave, it was not for a long time. When they were apart, they soon missed each other to a point it resulted in physical pain. However, in addition to being missed, she did feel that she was finally free to be able to breathe again; he was slowly dying piece by piece because there was no one to admire him, no one in whom he would project his deep-rooted feelings of dismissal, disloyalty, incompetence and loneliness.

He repeatedly convinced her to return with some manipulation or pressure:

“you are not young anymore, let’s have a baby, the baby will save everything, I will do everything for us, we must succeed.”

Deep within she felt that she needs to leave this jail and that she can’t continue torturing herself and her future child. But she couldn’t, she felt that this relationship and way of living was stronger than her free will as if she was tied by an invisible force which she could not break off, so she continued sinking into the dark depths of a dysfunctional, addictive relationship.

Many people have unconsciously changed their fundamental reality of life; that is the world we are living in. Did you ever felt that we as contemporary society are divided between two worlds?

We are now the most disconnected and the loneliest society to ever exist in entire human history. If you look around it, it is very hard to be happy. Majority people don’t even speak with each other anymore, for we are connected in those small groups; social media eco-chambers, talking only to people who think exactly as we are and hating all who don’t. As it is much easier to satisfy basic human emotional needs in VW, we are unconsciously lying to ourselves about how loved, likable and adored we are and this is why we don’t have the courage to step out in ME. We are afraid, we are divided and opinionated and are so easy manipulated and targeted when we do.

Is it safe, or even more important fair, to correlate dehumanisation of society with a rise of narcissism?  Absolutely!!! Moreover, we as citizens of Mother Earth are losing connection with the human essence which we were developing over centuries, and we can reasonably expect to see disturbances in human behaviours, thoughts, emotions and development of psychological anomalies and personality disorders…such as the narcissist.

If you’ve recognize yourself in this fictional story or know a friend who you believe is experiencing frustration living with narcissist, I highly recommend you read the book Ross Rosenberg: The Human Magnet Syndrome, which talks about narcissism.  You can also CLICK HERE and contact Awakening Melbourne for further inspiration on how to free yourself and become the woman as you were born to be.

Next2 SECRETS HOW TO CHANGE YOUR LIFENext